I was informed last month by my company that I have reached that milestone which truckers aspire to, the one that for truck drivers says “I’ve arrived,” that being my one million miles of service with the company without a major mishap. They used to say “without accident,” but in this time of chronic driver shortages and shifting definitions of accidents and incidents, it’s now just one million miles of service. The driver that achieves one million miles of service without any kind of incident is a freak of nature. Like a forty year old virgin... an achievement of sorts, but not something you’d normally aspire to. You show me a driver who says he’s never bumped a trailer in a dark, crowded lot, late on a rainy night, and I’ll show you a liar. Shit happens. Back too close to a curb, mudflap gone. The cost of doing business, not a reflection of the skills of the driver. Up to a point. Yes, I admit to tearing off a mudflap or two in my ten years of service, but I have never had an Accident.

So having reached this milestone of dubious distinction, I am forced to update this page and tell of the events in my life in the past six months, since my last message, so full of optimism and joy. Actually, what it was full of was hubris. I felt I was on top of the world, and at that moment I was. But unknown to me, at almost the exact moment that I was jumping around my front yard declaring my happiness, my closest friend and confidant, my mentor, my brother in spirit if not in blood, was involved in the automobile accident that was to take his life the following morning. We were to be part-time roommates during the transition to my new job and I was at his home on the evening of my first day of work, awaiting his return from a New Year’s trip to New York, eager to tell him of the day’s events and to hear about his trip. I got the call about 9 p.m. that night, that he was dead. So my happiness over my new situation was short lived indeed. 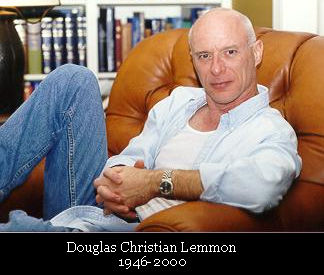 Basically I’ve been too dismayed to speak every time I’ve contemplated updating these pages. There is a huge hole in my life that simply cannot be filled. I am still not prepared to write a fitting tribute to my friend. That will have to wait while I attempt to put into perspective the emails we exchanged in the last six years, his personal writings, his art, and his music. He was the ultimate filter, the ultimate reference source. Everything that was important to me was filtered through him or bounced off of him, for he was the only person I know who’s love of new experiences matched mine and whose cultural currency gave context to everything that mattered. There can be no replacement.

The job has turned out okay. Not great, just okay. It’s much harder work than I ever dreamed it would be. The pay sucks, mostly because we don’t get anything extra for working overtime. Some kind of exemption the trucking industry gets, dating back to the thirties or something like that. Legal? Yes. Ethical? Of course not, but most trucking companies do it, at least the non-union ones. But the guys I work with are great. Coming home to my own bed each night is nice, even if the commute is longer than I intended. In the aftermath of the accident I have made some new friends whose lives also were touched by my friend. And I still find pleasure in my home and garden, although now I mainly cultivate humility.

“And to some peace I have a right,
But I pay so dearly...”
John Gorka

Dr. Douglas C. Lemmon of the University of Memphis died in Knoxville, TN on January 3, 2000.